What are you waiting for?

Join us on Discord!

A community for musician gamers

Not just for Mordhau anymore

The Bards Guild began as a Steam Group for Mordhau and Lutebot, and since then has expanded to a Discord server that supports any games that allow you to make your own music!  Although we are still primarily focused on Mordhau and now Rust, we welcome musician gamers of all kinds into our community.

As a member of the Bards Guild, you gain access to the Bards Guild MIDI Library.  We have now amassed literally thousands of songs in MIDI format, many edited specifically for playing in Mordhau or Rust.  We also have collected many resources to help you find and edit MIDI files yourself. 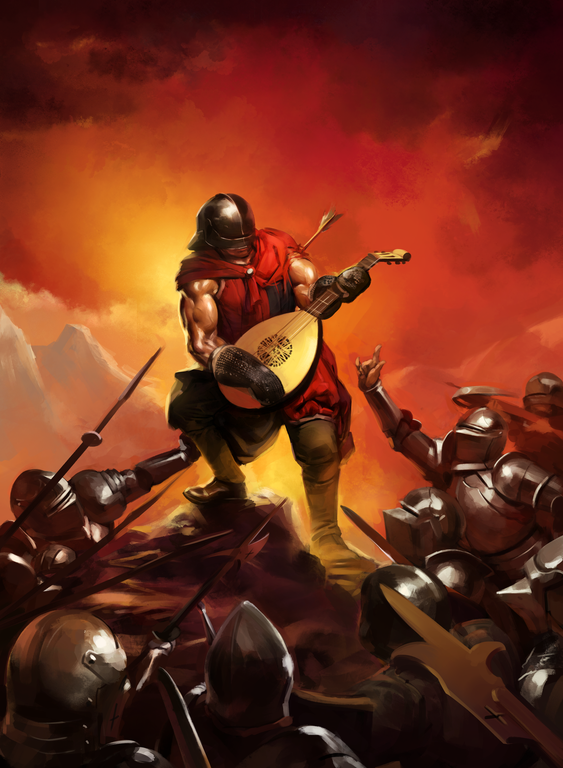 Playing music live online with other musicians across the globe through a video game is a unique experience that deserves to find a larger audience!  The Bards Guild hosts live MIDI jam sessions in Mordhau and Rust, and is always looking for new ways to expand on this obscure but growing genre.

Unbelievably many players from both teams often do not respect the Rules of Engagement and do not give bards the full respect, admiration, and ability to continue living that they so rightly deserve!  For these reasons we have formed the Bard Guard division.  You can ping the @Bard Guard on our Discord server when you are faced with relentless aggression towards musicianship in game, and members of the Bard Guard are sworn to join your server if able and come to your defense!

Membership in the Bard Guard is open to any and all Bards Guild members.  Members of the Bard Guard get a special role and color on our Discord server, and accept being occasionally pinged for a call to arms in defense of the guild and its members.  The Bard Guard also hosts duels and events to rank its members in combat instead of musical skill!

Learn More about the Bards Guild!

Stay up to date with the latest Bards Guild weekly news and events posted here.

Where most guild resources and discussion are found, including thousands of MIDI files!

We host a bard friendly Mordhau server!  Find us in game on the
Bards Guild Concert Hall

What's with your initiation process?

We have created the lowest of entry barriers for new members to join – you need only submit a screenshot of you performing as a bard in some way, along with a short poem of some form created by you (or alternatively by answering a riddle).  This should seem like a very simple and even entertaining task for a bard to complete, but has proven enough of an inconvenience to keep certain personalities out of the community, leaving it a friendlier and more enjoyable space for the rest of us.

Can you help me get Lutebot working?

Surely!  We have a Mordhau support channel on our Discord server to help with getting Lutebot and Lutemod working.  We also have support channels for Rust Instruments and the WoW Musician add-on.

When will Lutemod be released?

Lutemod still has no set release date yet, but the Bards Guild is beta testing the mod on our Bards Guild Concert Hall Mordhau server!  Ask an officer in the Bards Guild for more information if you would like to join the Lutemod beta test.

We don’t know either, we’re still waiting for them to add it too…

What about that other Bards Guild?

Don’t worry about those guys.  They will tell you how they were the “first” Bards Guild, and point out that they have more members with their open door policy and low standards.  If measuring your e-peen size and sharing dank baked bean memes on Discord is your thing, you can join “The Other  Bards Guild” here:

If you are looking for a friendly and respectful community of musician gamers interested in sharing quality MIDI’s and you want to have a good time jamming out live with other players on some in-game instruments, then you will probably instead prefer membership in The Bards Guild here:

Why did you steal the other Bards Guild's emoji?

Look that was all a misunderstanding, OK?  We went and got our own bard icons now, so you can keep your Pepe bard emoji no hard feelings!

What, are you still here?  Look, we tried to offer collaborating between our guilds.  We tried even picking a fight that nobody showed up for.

Why can’t we be friends, or have a war already?